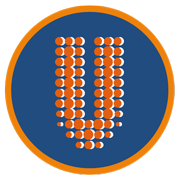 
Mbox® Designer v4 is the highest specification in the Mbox family of media server software. As the fully-featured version of the Mbox, Designer can have 24 playback layers, 32 independently mastered outputs, and 8 video inputs. Like all members of the Mbox family, Designer includes the single-layer crossfading that makes Mbox so easy to use and fast to program. Designer offers substantial power and versatility, operating identically to the other Mbox software versions in playback, effects, and transition functions and adding the full capabilities of unlimited pixel-mapping, image remapping, and 3D projection mapping.